Blinken aide: US rebuffs China ‘aggression’ in SCS; PH rights must be defended 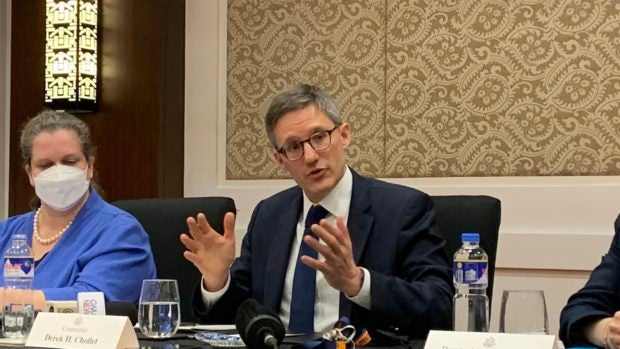 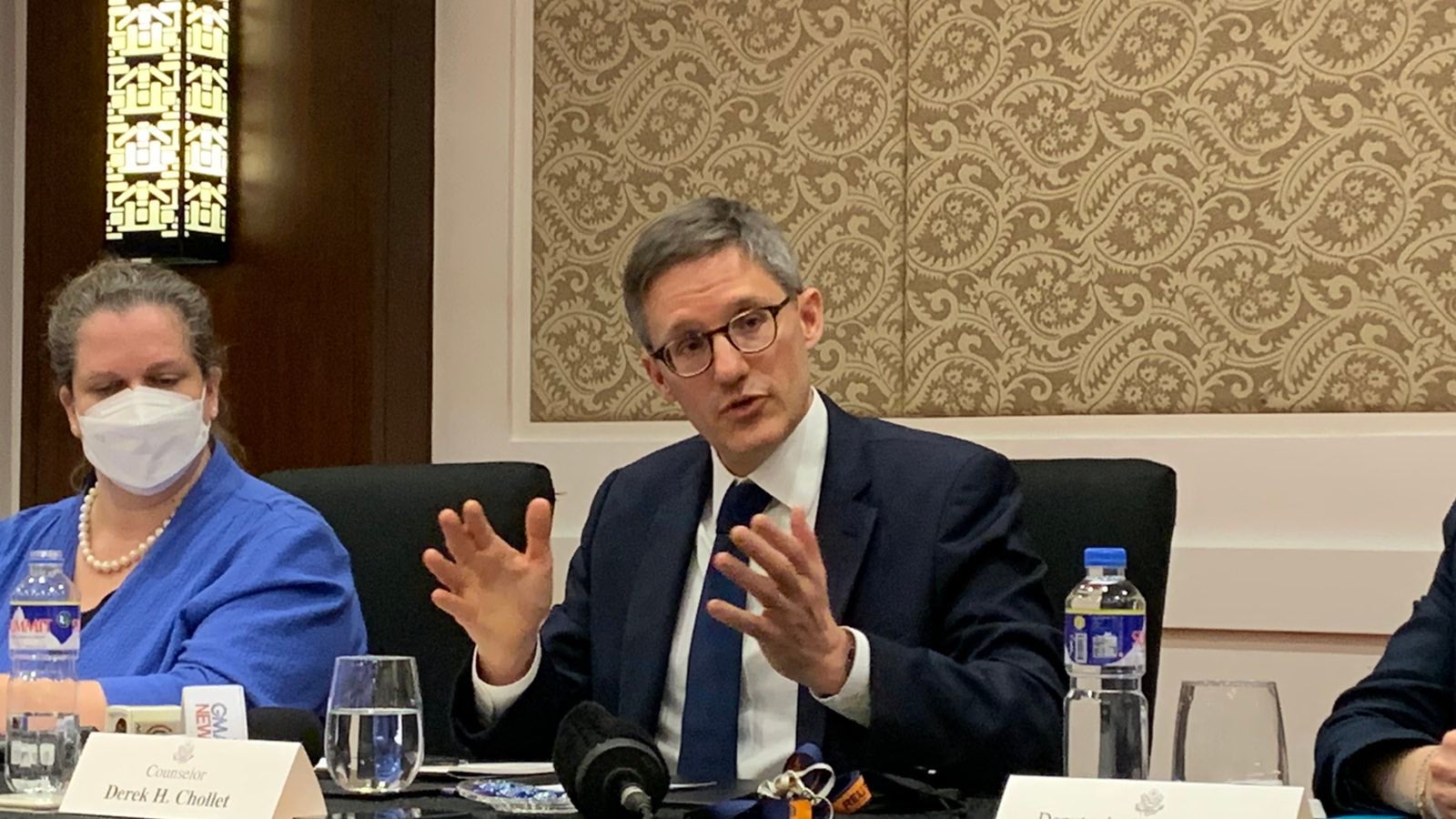 MANILA, Philippines — The chief policy adviser to Washington’s top diplomat on Wednesday stressed the need to defend the Philippines’ rights in the South China Sea (SCS) as he expressed the United States’ rejection of “Chinese aggression” in the area in light of a recent incident in Scarborough Shoal.

“We’ve been very clear that we stand by our Philippine allies and we will uphold Article 4 of our Mutual Defense Treaty (MDT) and we very much reject Chinese aggression in the South China Sea, their coercion. Facts on the ground are the facts on the water as well. And we will uphold our commitments to one another,” U.S. State Department Counselor Derek Chollet told a group of journalists in Manila as he capped off a day of various meetings in the Philippines.

“That’s why it’s so important for us to cooperate so closely day in and day out whether sharing information or coordinating on our responses because we have a collective interest in ensuring that the Philippines’ rights in the South China Sea are defended,” he added.

Chollet was asked about China cautioning the Philippines against “interfering” with Beijing’s patrols in Scarborough Shoal, claiming it as part of its territory.

China’s warning comes after the Philippine Coast Guard (PCG) reported that a China Coast Guard ship conducted a “close distance maneuvering” towards BRP Malabrigo that was sailing in the waters off Panatag Shoal or Bajo de Masinloc (both are Philippine names for Scarborough Shoal) in the West Philippine Sea.

This incident, according to Chollet, was among the topics he discussed in his meetings with the Department of Foreign Affairs, civil society, and human rights leaders as well as members of the Philippines Senate.

“This issue did come up today in all of my meetings and particularly the most recent incident which was just registered with the Chinese Embassy here, which I gather is one of among 200 such incidents recently so there’s no shortage of these incidents happening, unfortunately. Our view has been very clear that the PRC (People’s Republic of China) has no lawful claim to the area determined by the arbitral tribunal to be part of the Philippines—the Philippines EEZ (exclusive economic zone) and the continental shelf,” he said.

“We recognize the sovereign rights and the jurisdiction under the UNCLOS (United Nations Convention on the Law of the Sea) treaty, the Second Thomas Shoal and Reed Bank. And we need to coordinate with one another and I know that we do in Washington but also very importantly through our embassy here in sharing information and coordinating in our responses to when the PRC is trying to use its leverage to coerce the Philippines or others in the South China Sea,” he added.

Chollet is embarking on a visit to the Philippines, Vietnam, and Japan from March 28 to April 2.

Serving in the U.S. State Department, he holds the rank of undersecretary as a senior policy adviser to State Secretary Antony Blinken “on a wide range of issues and conducts special diplomatic assignments as directed by the Secretary,” according to a briefer provided by the U.S. Embassy in Manila.